RESTON, Va. (7News) — A West Virginia Air Force veteran is set to compete in the Invictus games just months after recovering from a back surgery.

Doctors said she could barley walk or live a normal life without pain just two years ago.

Just by looking at her, you would never know the struggles Heather Wright faces on a daily basis.

“Some stuff related to my back, respiratory, chlorine exposure and other things I am not as vocal about” Wright said.

Wright is navigating life just months after recovering from a back surgery while managing an auto immune illness but she isn’t quite ready to talk about everything.

Wright explained “With this interview, I was ready to say I have a neurological disease.” 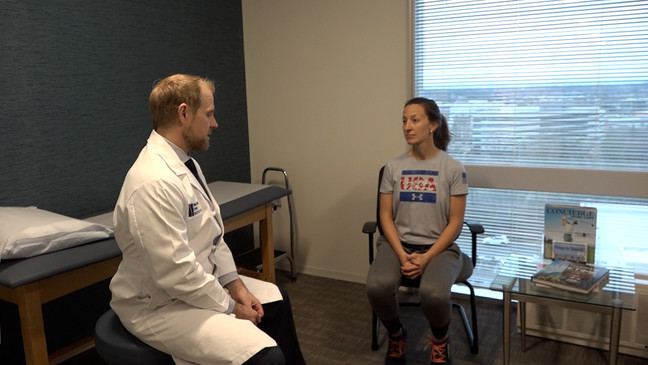 A West Virginia Air Force veteran, Heather Wright, is set to compete in the Invictus games just months after recovering from a back surgery. (7News)

She’s only 38-years-old but doctors say she had the back of an 80-year-old after an injury while deployed in Southeast Asia.

“We removed the damaged discs and fused the bones together and that gives heather a stable back so she can do things” Wright said.

Doctor Christopher Good at the Virginia Spine Institute calls her a warrior. Post surgery her goal was to walk just three minutes.

Now, she’s compete on an international stage at the Invictus Games representing the United States.

“So I just got picked up the beginning of this year, fresh off surgery, the head coach called and said we brought you up and I was like wow” Wright said.

She’s hoping to inspire others, that while she may appear a warrior – she still has battles.

“A lot of athletes may look normal and a lot of us have a lot going on,” Wright stated. “Just because we handle it well doesn’t mean it’s not heavy and that is what I am here to represent.”